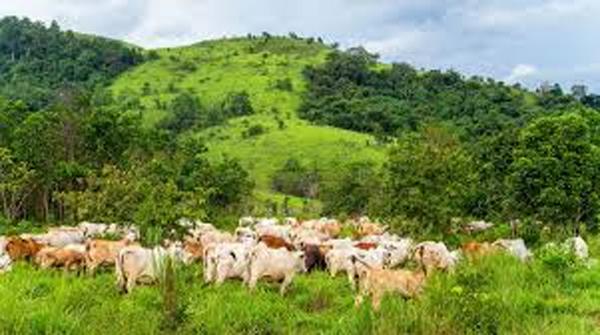 *Says the complaint is about using cattle to destroy people’s farms
By Vincent Ujumadu
THE Anglican Bishop of Ihiala Diocese, Rt. Rev Israel Okoye has described the raging controversy over open grazing of cattle in Nigeria as an unfortunate distraction from the country’s fundamental issues, insisting that nobody is fighting the Fulani, but that people were complaining the use of cattle to destroy farmlands.
Delivering his presidential address at the 2nd session of the 4th synod of the Diocese at St. Stephen’s Church, Ihiala, the cleric observed that the fundamental problem characterizing some of the views canvassed in the controversial discussions on cattle rearing and grazing in Nigeria is the assumption that the 1999 constitution confers on cattle the right of movement along Nigerian roads and in communities.
According to him, it is unfortunate that cattle breeders and herders go about with the impression that the only way to guarantee peace in the country is to allow them to traverse any part of the country with their cattle.
He said:”Open grazing in Nigeria has become an unfortunate distraction from some fundamental issues on the economy, education, justice, equity, leadership, among others that must be consistently and objectively interrogated with a view to institutionalizing sustainable development in all sectors of the Nigerian body polity.
“Although cattle rearing and grazing are key features of animal husbandry, their politicization and seeming treatment as national obligations have attracted objections and resentments.
“The assumption that the constitution confers on cattle the right of movement along Nigerian roads and communities is untrue. Another erroneous stance is that cattle rearing are supported by the federal government, such that herders must be allowed to traverse any part of the country with their cattle as a guarantee for peace.
“The widely held feet-dragging of the federal government in arresting the fast spreading dastardly acts of the armed Fulani herdsmen engender ill feelings among the affected populations.
“By the letters and spirit of the constitution, the rights of movement, residency and acquisition of immovable property are guaranteed. Those rights are not extended to animals in the sense of free movement of animals on highways, farmlands, etc.
“Thus, herders’ movement with their cattle on roads and into farmlands in the guise of exercising the right of freedom of movement is a grandiose act of willful infraction of the constitution.
“Moreover, the land use act is explicit on the role of the President and state governors on the use of land. Besides, the armed Fulani herdsmen have demonstrated that they do not belong to the Fulani herdsmen that had hitherto coexisted peacefully with their host communities
“They pride on the violence, walk into farmlands with their cattle and with utter impunity, massacre people who challenge themfor destroying the fruit of their labour. They appear programmed to intimidate their victims and cause them to abandon their communities.
“Today, farmers in many parts of Nigeria can no longer go to farm and if this trend continues, we run the risk of food shortage in Nigeria, which may lead to starvation.”
He observed that even governors of the Northern states of Nigeria were convinced of the need to modernize cattle rearing to enable the herders make the best of their cattle business.
While advising the federal government to quickly rise and tackle the menace to assure rural dwellers in all parts of the country that their safety, Okoye also urged the Southern governors of the country to stick to their promise of ensuring the passage of the anti-open grazing law, noting that as chief security officers of their respective states, they owe their people the duty of protecting them at all times.