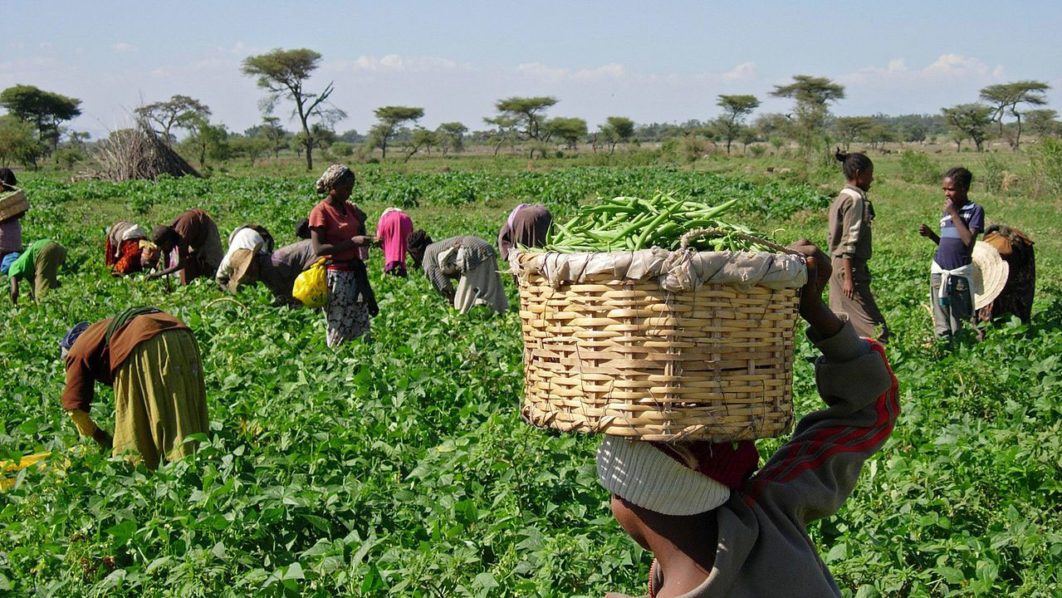 Consider all the things that have happened in the last decade in Nigeria. What is beyond doubt is that insecurity has brought misery and great suffering to the masses. Among the many depressing truths is that, the situation has degenerated to a national threat. Clearly, hunger is looming in the nation as farmers and farming activities across the country is in jeopardy. Ordinarily, farming seasons are usually threatened by natural disaster like droughts and floods. These natural occurrences hold sway in different parts of the country. In the north, harsh weather is the ultimate arbiter. The toughness of the weather is without season. Hence, the blistering hot sunny weather and drought devastate farming activities in the region. While the South West, South-South and Eastern parts are known to endure floods and erosion during seasons of rain. Yet, farmers find a way around these natural disasters to produce bountiful harvests.

Of late, farmers’ nightmare in Nigeria has metamorphosed from natural disasters to man-made catastrophe. Insecurity has taken a centre stage in defining farming activities in recent times. At the moment, insurgents, bandits, herders, kidnappers are running a regime attempt to frustrate farming, education and other business activities in the country. Insecurity rings a threat to everything and fear has gripped majority among the farmers who are scared to farm the land. This has turned a modest farm produce inflation problem into a protracted bout of soaring food prices and economic misery. Indeed, if coherent leadership and stable institutions are necessary condition for a successful farming season, then Nigeria seems beyond help. Today, in some parts of the country bandits give clearance to farmers before any farming activity took place.

When a country is consumed by turmoil, such as in the case in Nigeria, a slow-burning famine creeps into the masses vineyard. However, it would surely be wrong to suggest that insecurity is more apparent in Nigeria than elsewhere in the world. But the fact remains that, Nigeria is not in a state of war, yet the anarchy, killings and destruction are becoming rampant by the day even as the insurgents are more daring. The insurgents’ audacity makes Nigeria’s government increasing insensitivity to the peoples’ plight more difficult to explain. It is therefore, disheartening that the Buhari government has done too little too late, to stop the rampaging criminal activities. Somehow, it is hard to determine when or how Bandits, insurgents name them, now wear a new tag, ‘repentant’ and are being well treated than law abiding citizens. It is shocking to learn that bandits are being absorbed into the military with alacrity. The other day, a Muslim Cleric even called on government to offer soft landing with a medal of honour by granting amnesty to bandits. This according to the propagator would end the bloodletting just as it made no difference that they have killed scores of fellow Nigerians for no just cause.

What all this simply suggest is that, we live in abnormal times. One may put it as charitably that we now accept as normal things we used to regard as an aberration. It is tragic indeed, that government’s growing insensitivity to insecurity and the rate at which insecurity is taken for granted is unbecoming. Notwithstanding the hue and cry of the Buhari administration to diversify the economy from oil to agriculture, Nigeria remains an experience to high rate of food insecurity. Not too long ago, an alarm of imminent hunger in the country was raised by the Global Network Against Food Crisis (GNAFC) and Food Security Information Network (FSIN) as they warn Nigeria of an impending hunger that would affect about seven million Nigerians. It is not only logical but appropriate that food insecurity should generate such abiding concern. In a country like Nigeria, hunger would loom even larger to affect neighbouring countries. Therefore, this is very worrisome but it offers excellent opportunity for the government to think outside the box to address the challenge of food insecurity.


Perhaps for his portfolio, the Minister of Defence, Major General Bashir Magachi could be said to be more worried about insecurity than most Nigerians. The other day, he joined solution seekers at the 2021 Defence Advisers/Attaches annual conference, where he said that, insecurity threat has become imperative for the various security agencies in the country to collaborate in tackling the menace. This will go a long way to create an enabling atmosphere for economic activities to thrive and attract foreign direct investments. Despite Nigeria being bestowed with so much natural resources, it is indeed sad to hear displeasing narratives about the country as a poor nation. Yes, insecurity has rendered many Nigerians to become destitute in their own country and therefore in constant need and hungry. It was embarrassing that the country was named sometimes ago as the poverty capital of the world. In a way, such narrative is highly unarguable especially as poverty is still evident and continues to spread its dark net to capture more people.
Undoubtedly, insecurity has hit Nigeria disproportionately hard from all fronts. The country is still suffering unnecessary deaths; worst still an imminent famine is lurking around the corner as insecurity is courting undue friendship with anarchy. The Buhari government has a delicate matter to take up with itself if it sincerely wants to frontally tackle insecurity. This is because it is pointless to allow insecurity to prevail any longer knowing that more people would die of hunger than by weapons. Against the emerging outburst of insecurity in the land, several economic analysts are worried that the trend at which insecurity is drifting, the nation might find it difficult to feed itself in the near future. This may portend a grave danger for the country as the poverty gap widens.
The Buhari administration’s credibility seems to evaporates amid a swirl of insecurity and economic challenges in the country. There is certainly cause for gloom but not yet for despair as one hopes that the ruling government would tackle the challenges squarely. Indeed, it has been said that the biggest room in the world is the room for improvement. Therefore, the nation’s present leaders must do more than just sing songs of optimism or issue empty threats. Of course, the problem definitely shoots across the past to the present. Over the years our successive governments have milked dry our emotional instincts by countless assurances being the only way of assuaging fears that has consumed the society. Clearly, such meaningless approach reveals government insensitivity to the plight of the people as it concerns insecurity in the country today.
Follow Us