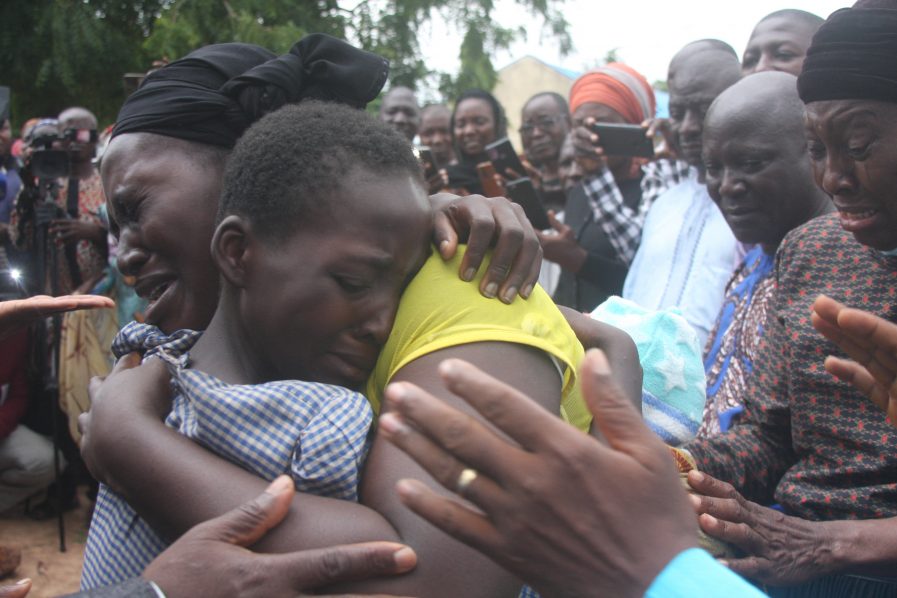 [FILES] A mother hugs her daughter on July 25, 2021 after she was released together with other 27 students of the Bethel Baptist High School. – Gunmen who seized 121 students at a high school in northwestern Nigeria in early July have released 28 of them, a school official told AFP on Sunday.<br />The attackers stormed Bethel Baptist High School in northwestern Kaduna state on July 5, abducting students who were sleeping in their dorms. (Photo by – / AFP)