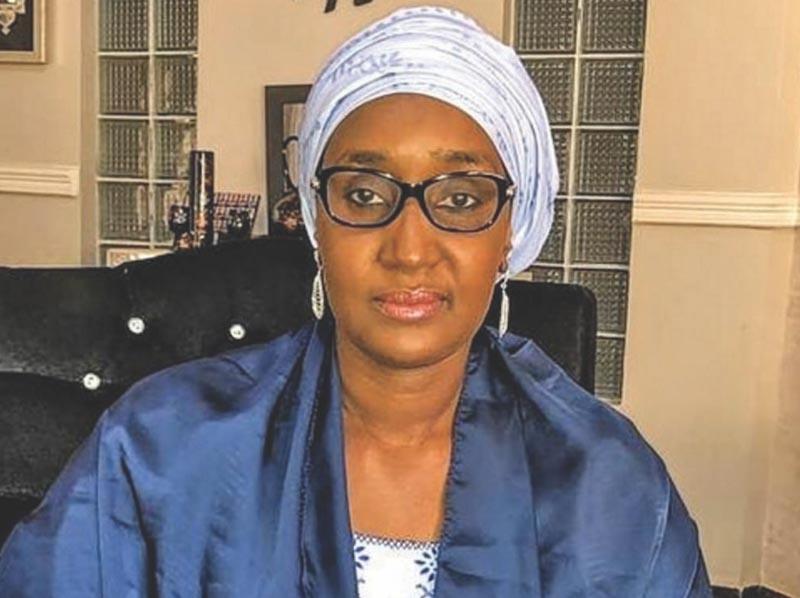 By Victoria Ojeme
The Minister of Humanitarian Affairs, Disaster Management and Social Development, Sadiya Umar Farouq, has said 330,000 Nigerian refugees were currently residing in neighboring countries due to protracted insurgency and banditry in the North East and North West, communal crises and farmers/herdsmen clashes in the Middle Belt and the Southern region.
The minister disclosed this yesterday when she was hosted in a Chatham House Webinar to discuss Nigeria’s humanitarian challenges and worsening food crises in Nigeria.
The breakdown of the 330,000 Nigerian refugees in neighbouring countries, according to her, include 16,634 in Chad, 118,409 in Cameroon, while Niger Republic has 186,957.
It would be recalled that the World Food Programme, WFP, estimated that 3.4 million people were currently facing acute hunger in Borno, Yobe and Adamawa states, and that another 4.3 million were entirely dependent on food assistance from the government or multilateral organisations across the country.
Sadiya Umar Farouq, however, disclosed that her ministry had launched two key frameworks aimed at boosting humanitarian actions and making them more practicable and impactful.
She said:  “The first is the Humanitarian Development Peace Nexus Framework, which is derived from the UN Triple Nexus principles that believes development causes peace and that humanitarian actions can bring about development.
“Second is the localization framework, an initiative adopted after the commitment of stakeholders at the 2016 World Humanitarian Summit to re-energize the concept of localization of aid.
“The concept seeks to make the humanitarian system more effective and relevant by ensuring that humanitarian preparedness and response capacity is domiciled with those nearest to the crisis-affected populations as they are best placed to respond quickly and appropriately.”
Commenting on the approaches adopted by her ministry to mitigate sufferings caused by humanitarian situations leading to food crises in the country, the minister said: “The food security challenges in the North East are peculiar due to the fluid and volatile situation in the region.
“Nevertheless, the ministry has been working effectively with both humanitarian stakeholders and the military to facilitate humanitarian access and promote accountability in the humanitarian space within the civil-security framework and coordination platform.
“The recently approved National IDP Policy also provides leadership and guidance framework towards food security for the North-East, as well as promotes minimum standards and thresholds to tackle ongoing displacement until a durable solution is established for the IDPs”.
Farouq disclosed that her ministry had put together some programmes with the aim of addressing food crises and other humanitarian issues faced by people of concern in Nigeria.
“The Federal Government, through the National Emergency Management Agency, NEMA, provides rationed food items to IDPs in the North East, especially in Borno State.
“In addition, state governments and other MDAs also channel food through the ministry or directly to IDPs.
“For example, the National Emergency Management Agency, NEMA, is currently distributing seedlings, farming inputs and insurance packages to farmers who were affected by the 2020 floods.
“The objective is not to replace lost goods and farm produce, but to enhance better quality yields and build resilience among vulnerable farmers and adopt a more sustainable approach to ending food scarcity,” the minister said.
While commending what she described as the robust support and partnership her ministry received from donor agencies and development partners, the minister, however, appealed for increased partnership in key programmes, policies, and structures to address the prevailing humanitarian challenges of Nigeria through collective planning and agenda shaping in a coordinated and sustained manner for better impact.
Calling for increased cooperation in the Nigerian humanitarian space, Mrs Farouq said:  “It is my fervent hope that an effective technical, operational and financial cooperation and support from the UN will significantly contribute towards the effective realization of the ministry’s twin objectives of achieving effective coordination and impactful implementation of its programmes in a sustainable manner.”
Vanguard News Nigeria