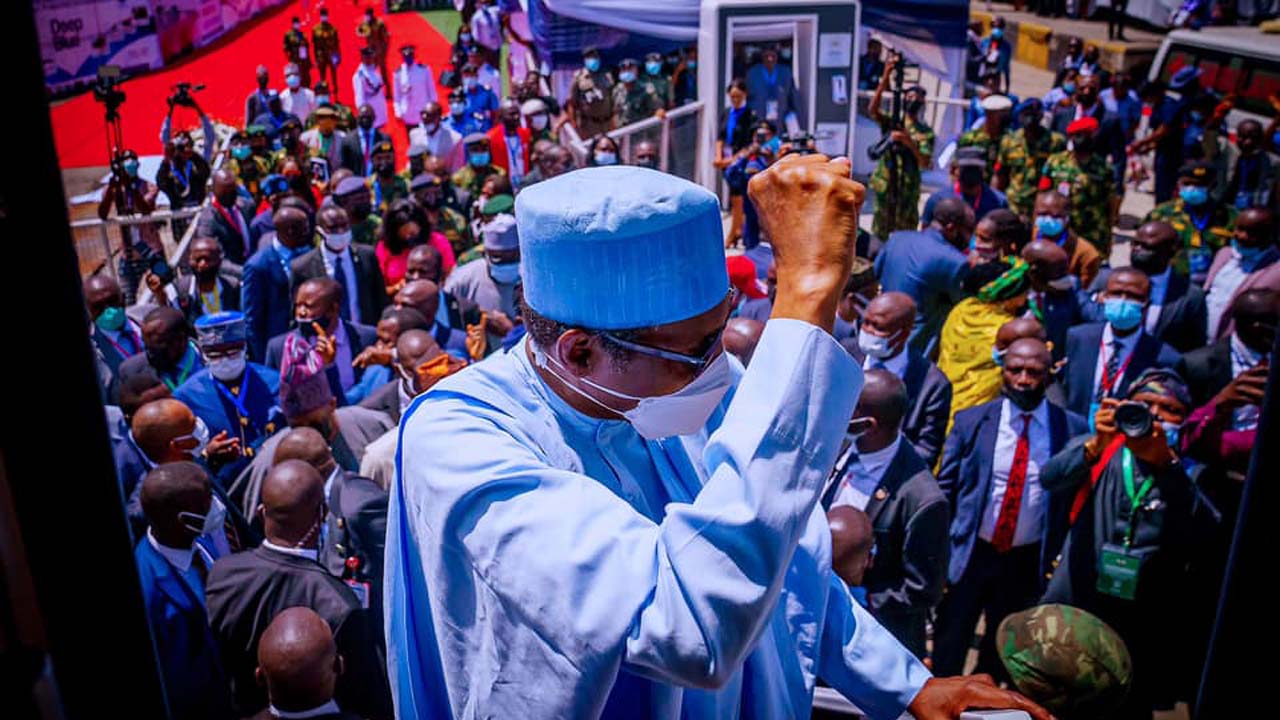 Yoruba One Voice (YOV) has said the administration of President Muhammadu Buhari has succeeded in spreading pain, misery and heightened insecurity.
President Muhammadu Buhari PHOTO: FACEBOOK/MuhammaduBuhari
The group, in a speech by its Secretary-General, Dr. Sina Okanlomo, in commemoration of the first anniversary of the group’s global rally to seek the actualisation of Yoruba nation, dismissed the October 1 national broadcast by Buhari, saying the two major highlights of the administration’s successes were the torture of Nnamdi Kanu and his illegal and forceful repatriation from Kenya to Nigeria, as well as the brutal and uncivil invasion of the premises of Chief Sunday Adeyemo a.k.a Sunday Igboho.
“Between October last year and now, nothing positive has come out of the Buhari-led administration. Up until now, national wealth is still being diverted in obscene ways to cater for the needs of Fulani in foreign countries, where petroleum refineries, railroads and other developmental infrastructure built with Nigerian money have become the norm. All these were done without recourse to national security, other than the evil plan to relocate national wealth for selfish use.
“We must rise against any form of coercion regarding economic or social enslavement. We must collectively and roundly denounce the e-naira project. It is nothing more than a conduit for illegal data mining, designed to aggregate personal data for selfish use.”
He, therefore, lauded the patriotic spirit of the Yoruba nation agitators, saying such efforts would not go unnoticed.
To enable commenting and other interactive features, please switch to the more advanced .
Get the latest news and analysis of issues from Nigeria, Africa and around the world, direct into your inbox, daily