Akintoye, Nwodo, others seek ban on sale of ammunition to Nigeria – Guardian 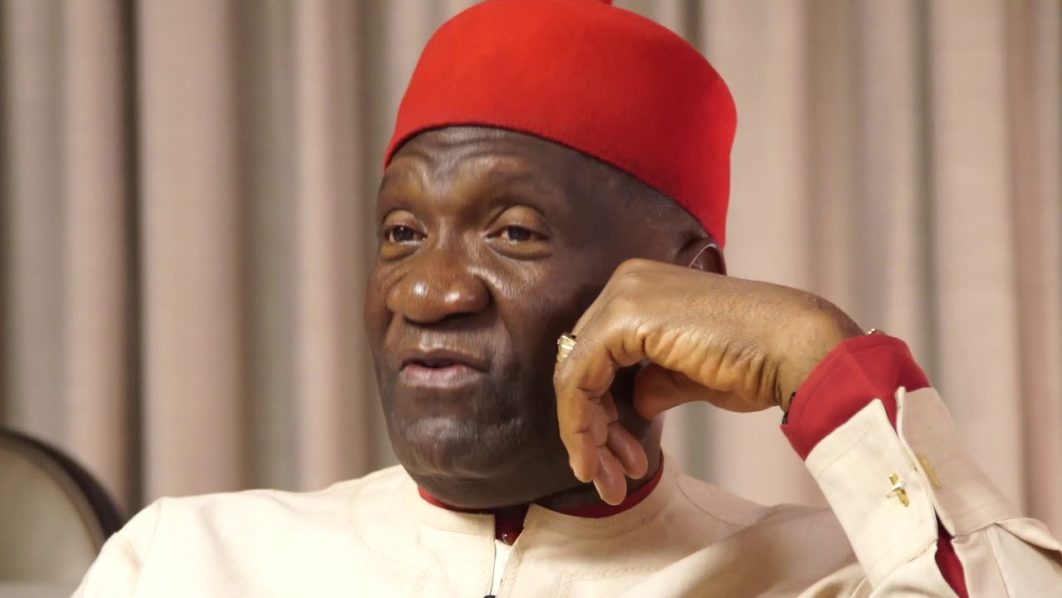 Allege arms bought in possession of terrorists, others
Nwodo
The Nigerian Indigenous National Alliance for Self-determination (NINAS) has urged governments of the United States (U.S.), Britain, France, Russia, Germany, and other top European and Western countries to impose heavy sanctions on the Nigerian Government for undermining democracy and continuously abusing human rights.
In a statement made available to journalists, yesterday, by its Communications Manager, Mr. Maxwell Adeleye, the NINAS also urged the American Government and European countries to stop selling arms to the Nigerian Government, alleging that previous arms sold to the President Muhammadu Buhari-led government with borrowed funds have found their way into the hands of Fulani herdsmen, Boko Haram, ISIS and other terrorists that are currently terrorising the people.
NINAS is the umbrella body of leading regional self-determination groups in the South and Middle Belt of Nigeria with Ilana Omo Oodua representing the Yoruba bloc, Lower Niger Congress representing the South-South and South-East and Middle Belt Forum representing the Middle Belt bloc.
Adeleye recalled that NINAS had earlier declared a Constitutional Force Majeure (CFM), in a petition dated December 16, 2020, and signed by a renowned Historian, Prof. Banji Akintoye; former President-General of Ohanaeze Ndigbo, Chief Nnia Nwodo; Prof. Yusuf Turaki, Secretary-General of NINAS, Tony Nnadi, and National Chairman, Ilana Omo Oodua, Prof. Wale Adeniran, in which they rejected the 1999 Constitution as the basis for the unitary system as against the mouthed federal system we claimed to practise.
The group stated that peaceful protest is an aberration under the incumbent government while perceived opposition members are now being arrested and detained.
To enable commenting and other interactive features, please switch to the more advanced .
Get the latest news and analysis of issues from Nigeria, Africa and around the world, direct into your inbox, daily