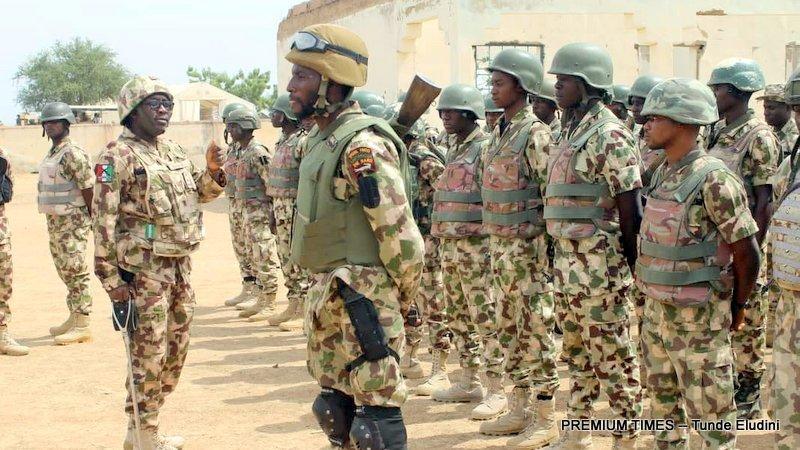 Ten soldiers  were  reportedly killed in an ambush laid by suspected Boko Haram insurgents, sources have told TheCable, yesterday.
The soldiers were said to be moving in a convoy from Monguno to Maiduguri, Borno state capital, on Thursday, when the insurgents attacked.
Sources told TheCable that the soldiers were from one of the super camps in the area and were moving some items and personnel to the theatre command in Maiduguri.
“The insurgents must have planted the mines over the night, with information that the troops will use the road by morning,” a source said.
“Not less than 10 of the soldiers, including an officer believed to be a unit commander, were killed in the attack. Some others who sustained injuries have been evacuated.”
TheCable understands that the insurgents also stole some weapons and equipment belonging to the army.
Onyema Nwachukwu, army spokesperson, was not immediately available to comment on the attack.
The attack comes weeks after hundreds of insurgents surrendered to the troops.
Earlier in August, top commanders of insurgent groups surrendered, and sought forgiveness from Nigerians.
Meanwhile, the Nigerian military had said it has resolved to intensify kinetic and non-kinetic approaches towards the ongoing fight against insurgency.
Vanguard News Nigeria